Clearing Respiratory Issues in Puppies and Kittens: Beyond Antibiotics 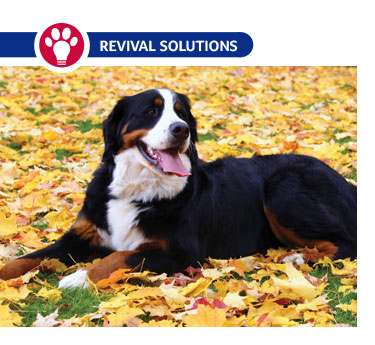 While antibiotics play an important role in killing the bacteria that cause respiratory system issues in puppies and kittens, resolving the URI involves clearing out contaminated mucus. The mucus catches toxins and bacteria, and the mucociliary escalator moves this combination of nasty stuff up and out of the airway. Mucus can be dispelled more easily if it remains liquid, and coughing can dislodge it as well.

Encouraging mucus clearance is important. The mucus layer is 90 percent water, so we must support hydration with respiratory patients. If the dog or cat is even a little dehydrated, the mucus will become thick and difficult to clear. Oral electrolytes help, and if your animal doesn't get enough water, injectable fluids may be needed to clear mucus.

In addition, the removal of the URI snot from the upper airway increases airway volume, a necessity for clearing infection. Thick upper airway mucus often blocks breathing through the nose, and dripping saline nose drops into the nostrils liquefies mucus and speeds removal. There is no risk of aspirating saline, as the lower airway will absorb it. An antibiotic such as Lincomycin is often added to saline drops and helps kill bacteria on the nasal surface, but the level is low and requires a systemic antibiotic. For the first two days of a URI, drip one or two drops of saline into each nostril, and repeat several times throughout the day. This does wonders for breathing and increases appetite, as the smell of food can trigger hunger. Some kittens stop eating because they can't smell anything, so nose drops are a big help with nutritional support.

Another important aspect of URI recovery: proper nutrition! These babies cannot breathe or smell and do not eat well, and such problems suppress all the positive immune functions we are encouraging. High calorie supplements such as Doc Roy's Forti Cal help sick puppies and kittens keep up their strength, but they really need to get back to eating regularly. I like to do nose drops twice a day and then feed canned food or gruel to these puppies or kittens just after. Once the nose is open and they can smell, the stinky canned food will entice them to eat. They will not maintain their health on dry food or supplements alone! We want to increase their fight, and anything we do to keep their strength up supports that.

Nebulization releases small droplets of liquid into the air, and this provides two benefits. First, it hydrates the nasal membranes and the mucus layer through the length of the respiratory tract, assisting with mucus removal. Secondly, it can deliver antibiotics to the airway surface where bacteria are located. Both of these functions work to clear infection, but stick to the saline solution, as water can cause airway cells to swell and thus block air movement. Use nose drops first and the nebulizer second, as the nose drops clear the nasal airway and ensure that the patient can breathe through their nose rather than their mouth. The Puppywarmer® Oxygen Concentrator Pro Series is able to switch between the oxygen flow and nebulizer flow and also easily attaches to the Puppywarmer® Incubator to help keep newborn puppies and kittens warm and dry.

Bronchodilators are helpful when breathing is difficult. Bronchodilator drugs in the nebulizer are discouraged as they can increase bronchial gland secretion and mucus. Use with caution. Oral Guaifenesin for dogs, such as Cough Tablets is a better option for dilating the airway without increasing the secretions we're trying to clear. Essential oils, such as Eucalyptus oil, provide positive support. Apply to a cloth and allow your puppy to play and sleep with the cloth. Vicks is often used in this capacity, but the Eucalyptus oil in Vicks does the healing work.

Coupage often breaks up chest congestion. Humans with chest congestion use a cupped hand to thump the chest, causing vibrations that dislocate lower airway mucus, allowing clearance. The same principle applies to puppies; thumping the chest with two fingers causes vibrations, which proves effective if the issue has moved into chest. Inactivity can cause the lung lobe to fill with fluid and collapse, so moderate exercise promotes healing, so thumping the puppy's chest and then allowing him to play promotes coughing and mucus removal. In puppies and kittens, playing stimulates deeper breathing, increasing airway tidal volume, and therefore helps heal the infection. Do the nose drops, and coupage if needed, and then put the babies in the pen to play. Fresh air also dilutes bacteria and viruses so re-infection does not happen. We don't want to chill the puppies or kittens, but our grandmas were right – fresh air is good for respiratory issues!

Coughing is good early, but as the throat heals, coughing can irritate. I do not want to remove this reflex completely, as it has benefits; I just want to remove the coughing that keeps babies' throats sore. Coughing also prevents babies from sleeping, so when deciding whether or not to treat, ask if coughing wakes the baby up at night. If it does, control the cough. Cough Tablets have two benefits; they dilate airway so pups breathe better, and they take the edge off the cough. Both help the babies get a good night's sleep!

When treating URI issues, supporting the patient is as important as antibiotic selection. We can kill the bacteria or virus, but until we remove the toxin and bacteria from the surface, we never heal the airway. Support the baby, get rid of the snot, and the URI will clear!

Vaccination against certain diseases is an important part of preventing respiratory illness. Bordetella, influenza, parainfluenza and adenovirus can all lead to respiratory illness, so make sure all dogs and cats are up to date on their vaccinations to help keep these diseases away from any newborns.