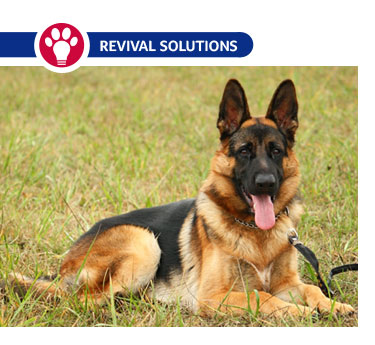 Hot weather takes its toll on animals, especially the male breeding dog. Male dog fertility peaks around five years of age, but he can breed and settle females long after five years if managed for fertility.

Season of the Year

The testicle is outside the body in the scrotum to keep it cooler than the body temp. The breeding male is often housed outside, and the semen quality he is producing is sensitive to environmental temperature. When the outside temp approaches 102°F, the normal body temp, male fertility can suffer. When the temperature reaches over 105°F, males can be become infertile if overheating happens. The issue with the testicle is the stored sperm in the epididymis. If it gets too hot, the stored sperm dies and the replacement can take 60 days. Temperature is worth managing!

Water misters over the kennel with shade have long been used to lower the environmental temp by 10°F. Simple solutions such as mister hoses are OK, but they can create mud holes. In warm areas of the south, more permanent misters or low-water misters can be installed. Timers can be set for the hottest part of day, to run five minutes every 30 minutes if the temperature is under 100°F and twice as often when over 100°F. Or, just turn the misters on during the four to six hours of afternoon sun. The shade can be permanent with metal roofing or shade netting. Feedlot netting lasts for years and is effective. Just be sure to keep netting out of reach! If you have an air-conditioned kennel, keep males inside and don't allow outside access during the heat of day.

Sperm is viable for up to nine days in a female with natural breeding (Threlfall OSU). Artificial Insemination (AI) breeding sperm is viable for three to five days, so most of us need to breed smarter, not more frequent. The female ovulates at the end of standing heat, which is why they quit accepting the male. The best conception rate is when females are bred four days before or three days after ovulation. That is pretty wide window to hit!

Research done on frequency of use for males found healthy stud dogs could breed once daily without affecting fertility. In hot weather, never pen breed, leaving male with female. Put the females with the male and remove after the tie to limit the temperature influence and keep sperm numbers per ejaculate high. Breeders are moving away from pen breeding to better manage stud dogs. Breed when the evening cools or in early morning to improve success in hot weather. Do not use a male in hot weather more than once a day. Breeding every third day will increase the number of sperm per ejaculate and increase success. Sub-fertile stud dogs should only be used every third day for the same reason. Limited use will increase the number of live, viable sperm per ejaculate to fertilize eggs.

The number of live sperm and limited number of abnormal sperm more closely correlates with ability to settle females than the total number of sperm. Both can be influenced by temperature. When we check males, we cannot call them sterile on the basis of one sample. Repeatable lack of sperm or dead sperm is needed to declare a stud dog infertile. There are multiple reasons for temporary infertility, including trauma to the testicle, infection and overheating. Always check at least three times over 60 days before calling the stud dog sterile.

Both male and female fertility can be affected by Brucella canis. Any dog affected with testicular issues and infertility should have B. canis in the screening test. Likewise, any dog brought into the kennel for breeding should have Brucella testing to protect your breeding stock investment.

Testing involves serum sent to a lab. The most accurate test is the PCR test, which detects the Brucella DNA. Other tests for B. canis have had issues with false positives and negatives that are not seen with the PCR test. If you have a positive test, you can be assured it is positive, and no repeat testing is needed to prove the test results. Please always test any new dog and any adult dog brought into the kennel for breeding, and be sure the PCR test was the one used. Two negative tests 60 days apart should prove your added breeding stock is free of Brucellosis.

These are the vitamins, minerals, and herbs found through research to help mammals reach maximum fertility. They can be useful when given during the breeding season. You can research these products yourself or use            Breeder's Edge® Oxy Stud™, which has the recommended vitamin and mineral levels needed. Oxy Stud™ is used during breeding season and is best to start 30 days before for best results. The reason for use is maximum fertility and to keep the stud dog fertile. Most products do not correct infertility, but can be helpful when sub-fertile if used early. You have an investment in your stud dog; the use of supplements can help keep your investment fertile!