Artificial Insemination for Dogs: How to Do AI On Dogs 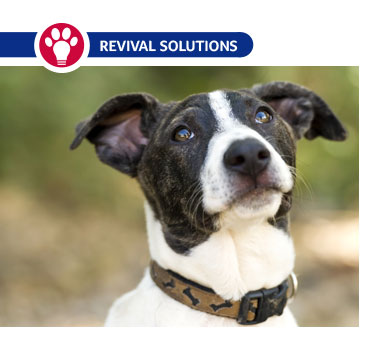 Artificial Insemination for Dogs: How to Do AI On Dogs

How to Tell if a Dog is in Heat

When a female dog begins her heat cycle (proestrus), her vulva will swell and she will bleed for three to twelve days. When her bleeding subsides and the vulva softens, she will be receptive to the stud and stand to breed (estrus). Standing heat can last three to seven days. This is the only part of her heat stage during which she can become pregnant.

After the seventh day of estrus, she will enter “metestrus,” and will repel a stud's sexual advances. Ovulation generally occurs at the end of or just after standing heat. She is most fertile from two days before and three days after ovulation. That is the window we are trying to hit with our AI breeding. This is why we recommend to AI the female every other day to try to time it with her estrus.

Timing the breeding with vaginal cytology and progesterone blood tests will help maximize the chance of a fertile breeding.

How to Arouse a Male Dog

When it comes to AI in dog breeding, the male dog must be excited in order to collect dog semen. Stud dog arousal when AI breeding dogs is easily achieved when a female dog in estrus is placed near, or with the male. If no female dog is available that is currently in heat, breeders often keep a special supply of cotton swabs on hand. These moistened cotton swabs were wiped across an estrus dog's vaginal area and stored in a freezer. The swabs can then be wiped across the vaginal area and back of a female and the male will think the female is in season when he “catches the smell” of estrus female.

How to Collect Semen From a Dog:

Once excited, the male dog will attempt to mount the female dog. Before the male can insert his penis into her vagina, grasp the penis and place it into a semen collection receptacle. Keep massaging the penis above the bulb to simulate the constriction of the vagina during normal breeding through the prepuce (sheath) until ejaculation occurs. Once the male dog adjusts to being assisted, the semen can easily be collected.

Once collected, withdraw the male's penis from the artificial vagina and draw up the semen in a syringe. Take the male out of the room to avoid having him try to mount the female again. To ease his recovery, use a water soluble gel such as Priority Care on his penis. Avoid temperature swings and cold shock of the semen until it is placed into the female.

Dog Semen Collection Volume: Dogs weighing 10 pounds or less can collect one and a half to three milliliters of semen. A dog weighing up to 50 pounds can collect three to five ml of semen. In dogs over 50 pounds, five to eight ml of sperm per collection is possible. The collection should be cloudy like milk indicating the presence of sperm. Blood, pus, or urine in the semen collection indicate a problem with the male's fertility. A dog semen analysis including a sperm count should be performed if a problem with the male's fertility is suspected, based on the appearance of the collection or a history of missed breedings.

How Much Sperm Does it Take to Get a Dog Pregnant? It typically takes 100 to 250 million normal, progressively motile sperm to get a dog pregnant.

How to Artificially Inseminate a Dog

Dog artificial insemination should take place immediately after semen is collected from the male. The goal is to deposit semen near the cervix or as close to the cervix as possible. The length of the pipette depends on the size of the dog.

When performing artificial insemination of a dog, the female is stood with her back legs behind her pelvis much like a show stack. This “saw horse stance” flattens the vaginal vault, making insertion of the pipette to the cervix easier. A dog's vaginal vault is one of the longest per pound of any mammal. It is up, over and down to get to the cervix but moving the back feet behind the female allows for a flatter route.

Attach the syringe on the end of the pipette and insert the tapered end into the standing dog's vaginal vault. The pipette should be guided into the top of the vagina to avoid urethral entrance. Be gentle and travel up, then flat, then slightly down. Once the pipette is in place, you will deposit the semen. Then fill the syringe with air or semen extender and push any remaining semen through the pipette into the vagina.

When doing artificial insemination of a dog, keep the dog in a standing position for at least 10 minutes. Do not allow her to sit or urinate. After 10 minutes the dog can walk around normally, but it's best if you confine her to avoid jumping or urinating for at least an hour. After that hour of confinement, the dog can return to normal activity.

How Many Times Should You AI a Dog?

When it comes to artificial insemination for dog breeding, two times should be sufficient if the timing allows for accurate timing of the breeding.

How Long After AI Does a Dog Get Pregnant?

Dog conception should occur 24 to 48 hours post breeding. Depending on the type of semen (fresh versus frozen semen) used. After conception, the egg repeatedly doubles the number of cells to create an embryo.

How to Store Dog Semen

Dog semen is best inseminated immediately but if you must store, promptly add semen extender and refrigerate to ensure viability. It can safely be chilled for 24 hours with little damage to the sperm's viability. If semen is not going to be used within 24 hours of the semen collection, then the semen must be frozen for future use. Semen is processed, mixed with an extender that preserves it, and slowly frozen in liquid nitrogen. Specialized veterinarians are trained and equipped to handle this for you. The semen freezing process is not something you can do as a breeder. This freezing allows storage of genetics and insurance of fertility with a superior stud's genetics. Adequate freezing guarantees the sperm's viability for future use.

How Successful is AI in Dogs

The best success rate for ai in dogs is achieved with fresh semen. When the female dog is promptly inseminated, the success rate varies with the skill of the breeder but mirrors natural breeding. When using semen that is fresh and has been chilled, the success rate drops to 60 to 80 percent. Frozen semen placed near the cervix holds a low success rate of only 11 percent.