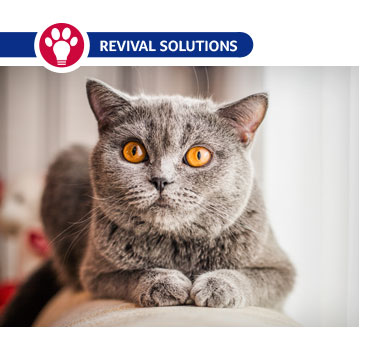 Propylene Glycol is commonly used as an additive in many commercial formulas to help keep products moist and stable as well as to ensure important ingredients in vitamins and medications can be readily absorbed. A few typical uses of Propylene Glycol include: pharmaceuticals, foods, liquid vitamins, cosmetics, eye drops, ear medications and personal care items.

Is Propylene Glycol Toxic to Cats?

Several years ago, cats were experiencing adverse effects from consuming high levels of Propylene Glycol, an added ingredient in cat food to keep it moist and stable. The result was a condition called Heinz body hemolytic anemia, in which red blood cells (RBCs) developed cellular inclusions of damaged hemoglobin. The body saw these cells as abnormal and removed them. When the RBCs are removed faster than they can be replaced, the result is anemia. Heinz body is usually caused by something the pet has eaten or drunk and is more likely to occur in cats than in dogs.

Extensive studies were conducted by the U.S. government and other governments around the world and as a result, the FDA assessed Propylene Glycol USP used as a general purpose food additive as generally safe (except in cat food). (Presently, the FDA does not allow propylene glycol to be added to cat food.) Test studies showed Heinz body-induced acceleration of RBC destruction developed in a dose-dependent manner which means when cats consumed too much, they were at greater risk for developing Propylene Glycol-induced Heinz body hemolytic anemia.

Why Do Cats React to Propylene Glycol

Heinz body in cats is basically a reaction to what the body determines a toxic substance. In addition to ingesting large quantities of Propylene Glycol, Heinz body is associated with drugs such as acetaminophen, Vitamin K, Phemothiazine, Benzocaine, and Phenacetin. It can also be triggered by health conditions such as hyperthyroidism, lymphoma, diabetes and other inherited disorders. The ingestion of toxins such as wilted red maple leaves, kale, turnips, zinc, onions and garlic can also trigger Heinz body.

Symptoms include fever, loss of appetite and sudden weakness. If the condition is severe, you may see reddish-brown urine, pale mucous membrane around the lips, mouth and gums and discoloration of the skin.

If you suspect Heinz body anemia, contact your veterinarian. Your veterinarian will perform a complete blood count to determine the cause. A methylene blue stain will be used to locate Heinz bodies and determine their exact count. If your cat's condition is severe, a methemoglobin test will be conducted to measure the oxygen in the blood. It is also important to note that cats may have a significant number of Heinz bodies in their blood without having anemia.

How to Treat Heinz Body Anemia in Cats

The course of treatment of Heinz body in cats depends on what caused the Heinz body reaction. In most cases, once the toxin is removed from the cat's diet, the body can start to make new, healthy RBCs and the pet can return to a completely healthy state. If it is drug caused, for example by acetaminophen, drugs will be administered to counteract the effects. If the anemia is severe, the cat is hospitalized and given a blood transfusion.

Propylene Glycol is occasionally used as an ingredient in vitamins, pharmaceuticals and other products made for cats. The use of Propylene Glycol in this way is unlikely to affect your cat because of the infrequency and low dosage given. The FDA has assessed that Propylene Glycol is generally safe to use as a general food additive, but does not allow it to be used in cat food because the accumulated amount consumed is detrimental to the cat's health. Cats, more than dogs, are sensitive to Propylene Glycol, especially if received in large doses over a period of time. If you suspect your cat has symptoms of Heinz body, contact your veterinarian for testing and treatment.