Cat Spraying: How Can You Stop It? 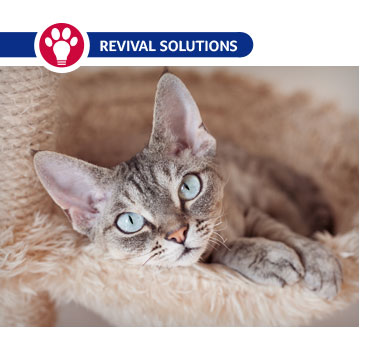 Cat Spraying: How Can You Stop It?

Communication via scent is a cat's natural instinct. There are three primary ways cats deposit scent: urine, feces, and specialized skin glands. Domestic cats deposit their scent and most home owners don't appreciate when their cats spray urine to mark their territory.

Many people probably wonder what the purpose of this is. It was thought that cats mark their territory to deter others from entering an area, but this is not necessarily the case. Studies have been done on feral cats and their actions of spraying in conspicuous places while they're hunting and not on the periphery of their territory. It seems as if spraying is used as a means of providing information of the identity, reproductive status, and territory of the depositor instead of warning other cats to stay out of the area.

If you have a cat that sprays, you may notice that the odor of sprayed urine is more pungent than that of normal cat urine. This is because there are two amino acids in the urine, felinine and isovathene, which begin to degrade after the urine is deposited. The by-products contain sulfur and have a very offensive smell over time.

Most people don't appreciate their cats spraying. If you are one of them, here are a few suggestions to control spraying:

Spay or Neuter Your Cat By Six Months of Age

Intact males spray a considerable amount more than neutered males. Even though males usually spray more than females, both sexes do it, so fixing them around six months of age is advisable. It has been found that more than 90 percent of cats will not start spraying if they are fixed before they start.

Cats like routine so deviation from the routine may result in stress and spraying. Changes could include re-decorating, new feeding time, and change in location of the litter box, a new cat, and visitors. When people come over, put your cat in a different room especially if your visitors have their own cat and are carrying its scent.

Foster a Positive Relationship Between Your Cats

In a multiple cat household, it is difficult to prevent spraying because of the natural competitive nature between cats. To lessen this, play with your cats together and try to get them used to each other and become friends. Have them sleep and eat together. Even wiping them down with a damp cloth may encourage them to groom each other and be more sociable with each other.

Restrict View of the Outdoors

If your cat can see outside and there is another cat out there, he will probably feel the need to mark his territory (your home).

There are several Feliway products which contains a pheromone-like substance that usually calms cats. Pheromones are chemicals secreted from a cat's face and chin to communicate with other cats. They have a calming effect on other cats, so if you spray Feliway Spray onto surfaces your cat may spray, it will calm them and probably prevent them from spraying.