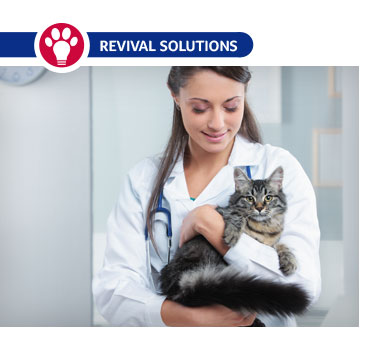 A female cat is called a queen and a queen cat in heat wants to be treated like a queen. When pregnant, if you do not treat them like queens, they will lose babies. Overall, queens are easier to breed than female dogs as they are very fertile, but that is the only thing that is easier.

Queens are seasonally polyestrous, meaning they come into heat repeatedly between January and October. They often stay in anestrus and will not cycle at all during October, November, and December without the use of artificial light. If you want to keep them cycling year-round, you can use lights to maintain 10 hours minimum light per day, and at least 10 hours of darkness.

Estrus is usually around seven days but can be as long as 21 days or short as three days. If not bred, the queen cat will go out of heat and bring up another set of follicles in waves repeatedly during the breeding season. Time between heats is variable but the average is eight days. If queens ovulate but are not pregnant, they will typically be out of heat for 60 to 70 days before returning to heat.

Queens ovulate on stimulation of the pelvis and entrance of the penis into the vagina. Males will grasp the queen by the scruff and mount, rubbing the pelvis. Queens will typically drop their front ends and raise their rear, moving their tail to the side with pelvic pressure or mounting. This posture stimulates the male to breed. If the queen is not ready, she will not allow the male to grasp her by the scruff. Breeding changes happen quickly from anestrus to estrus behavior (within 12 to 24 hours).

Experienced males wait until the queen is ready and do not push it. The male waits until he is allowed to grasp the neck before mounting to breed. Inexperienced males will push their luck and attempt to breed. The female will aggressively repel him. Often this is misread as the female not wanting to mate with the male when the queen is just too early in her cycle for standing heat. All of this behavior ensures the follicles are ready to ovulate.

Male cats are difficult to evaluate as it's difficult to know if semen was deposited at copulation. Microscopic vaginal slides made immediately after copulation can confirm presence of sperm. This is a good way to confirm a tomcat is making sperm.

Tomcats that court, mount and breed several times ensure ovulation. Ovulation is dependent on pelvic stimulation and copulation with maximum effect achieved with eight to 12 copulations in a short period of time. Fertility is significantly lower with only four copulations. Ovulation should happen within 15 minutes of breeding.

After breeding, the queen cat screams or yowls. This is followed by vigorously rubbing or rolling on the ground, usually from side to side. This is normal behavior and breeders view this behavior as a successful breeding.

After the reaction is past, the female will again solicit the attention of the tomcat. Repetitive breeding will take place.

When a male is of known fertility and female is not coming up pregnant, the cause can be lack of ovulation by the queen. Artificial insemination is not common as it is another area where induced ovulation is needed for success.

Dominant queens cause issues in a cattery. If we have a spayed queen that is dominant in a house, they will suppress estrus behavior in a submissive queen. Experienced breeders can often miss the heat cycle. If they do catch her in heat, queens are reluctant to elicit the male's attention, resulting in few copulations and missed ovulation.

It is best to get these queens away from the aggressive queen, not allowing them to interact or see each other for a time. Always mate the shy queen with an experienced tom and place the queen in the breeding pen by herself for several hours, a few days prior to breeding. Getting the shy queen comfortable and using an experienced tomcat that won't give up easily usually leads to success.

It has been reported that queens will show a preference to one male, but this behavior is unusual. Most breeding behavior is designed to attract the male breed, and queens will seek the tom by showing him attention when exposed to him. Rejection of the male may take inducing ovulation by introducing a sterile swab into the vagina and holding the female so the male can breed. This takes a cooperative male and female. Be sure to elicit the help of an experienced breeder to help.

Once bred, managing the female like a queen is critical for embryo success. Implantation will happen at day 15. Management during gestation results in more live kittens at birth.